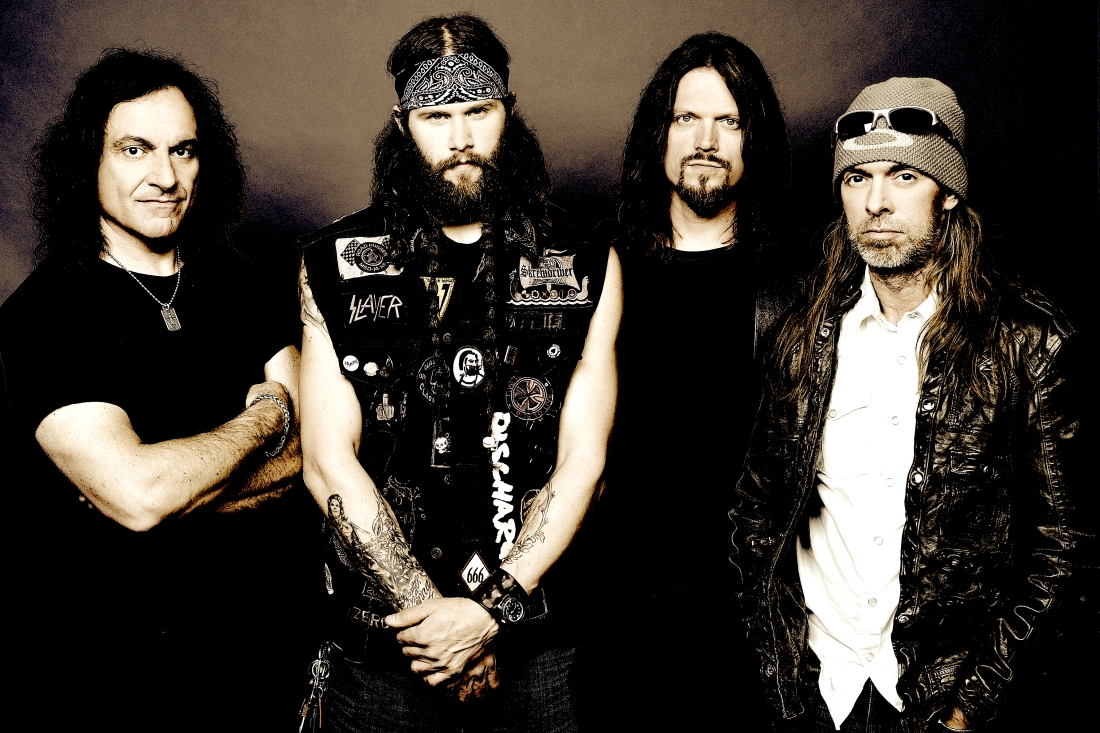 KILL DEVIL HILL’s self-titled debut album was released May 22nd via Steamhammer/SPV and landed at #9 on the Billboard Top New Artist Albums (HeatSeekers) Chart, #41 on the Top Hard Music Chart and #50 on the Independent Album Chart.

The album is available in a standard CD edition, iTunes digital download, and Double Gatefold LP. It is available for purchase on AMAZON.

The band recently released a video for the single “Strange”.

It’s not easy to say what catches the listener’s attention first on Kill Devil Hill, the debut album by the newly formed band of the same name: the strong guitar hooks, the killer grooves, the dynamic production or the potent vocal melodies. Rex Brown, bassist of this supergroup and erstwhile member of Pantera and Down sees KILL DEVIL HILL in its entirety as an extremely exciting new band “To me, this band is a musical adventure trip,” he reckons. Brown knows what he’s talking about, after all he was involved in some of the most important rock and metal recordings of the past 30 years. So if Brown can hardly contain his enthusiasm, there must be something special to the KILL DEVIL HILL phenomenon.

One of the baddest metal bassist around, he is most famous as the longtime bassist for the Grammy nominated, platinum selling band Pantera. He provided the bottom end thunder to the band, live and on record. Since the 1990 release of Pantera’s “Cowboys From Hell”, Rex Brown has had a hand in multiple gold, platinum, and #1 records. Aside from headlining world tours spanning a decade, Pantera has shared the stage with the likes of Kiss, Judas Priest, and Black Sabbath. In 2002, Rex joined Down for the release of Down II, and subsequent U.S. tours including headlining the second stage of Ozzfest. In 2003, Rex joined Crowbar in the studio to record and help produce “Lifes blood for the Downtrodden. “Down went into to studio and in 2006 and recorded DOWN III. The release of Down III was preceded by a tour with Heaven & Hell and Megadeath. To further support their album, Down headlined a tour starting at the end of September 2007.Rex is currently endorsed by Spector basses and Ampeg amplification.

Has powered the rhythm live and in the studio with the bands DIO, BLACK SABBATH, HEAVEN AND HELL, OZZY OSBURNE, WWIII, AXIS, RICK DERRINGER, and at age 16 performed with JOHN LENNON. Vinny has recorded and co-written songs on over 25 albums and CDs many which are multi-platinum records. Touring the world for over 2 decades resulted in playing before countless fans and selling millions of records! His drumming can also be heard on numerous movie soundtracks and DVD’s including “Wayne’s World 2, Heavy Metal, Iron Eagle and Bedazzled.”Vinny, the author of drum instruction book “Rock Steady” and DVD “Hard Rock Drumming Techniques”has performed incredible drum clinics around the globe. Numerous books have been written about Black Sabbath and Dio with the authors always mentioning his unique powerful drumming style and has become a part of rockhistory! Vinny can be seen in the just released (2010) “Heaven And Hell Live in Europe” DVD and can be heard on the new “Dio At Donington” CD.

After appearing in Guitar Player magazine’s “Spotlight” column and receiving acclaim from other players for a unique style and approach. In the ’90’s Mark recorded with the band Scream Parade for Shrapnel Records. He went on to record and tour with vocalist Stephen Pearcy of Ratt , and later was asked to play numerous dates as the guitarist for Ratt. Mark also played in legendary band WASP, and recorded and performed live shows with metal band WWIII featuring Mandy Lion

Dewey Bragg vocals combines an eerie resemblance to the late Alice in Chains vocalist Layne Staley with his own powerful melodic choruses fronting the band with powerful conviction. The rest is unknown ………

WATCH THE MUSIC VIDEO FOR STRANGE