Recently had the opportunity to check a screening of “Search and Destroy: Iggy & The Stooges’ Raw Power”. You can see the film in the box set of  “Raw Power” or in Canada at The Toronto Underground Cinema this Saturday June 19th at 5pm 186 Spadina Avenue as a part of this weeks North By Northeast Festival just a few hours prior to the free Iggy & The Stooges show at Dundas Square. The film is a documentary based around the recording of the third Stooges record “Raw Power” the director is Morgan Neville. This album was recorded in 1972 a decade before I was even born, the story of the LP and The Stooges however is interesting enough and coninutes to this day.  Iggy and The Stooges had to fight to play, at one point none of the clubs wanted to book the band but they still kept pushing against the boundaries. Iggy’s manager ‘Mainman’ also managed David Bowie who ended up re-mixing the record leaving only one of Pop’s original mixes “Search And Destroy”. The record still didn’t do what the label Columbia wanted to see and dropped the band after a year of touring in support of the record. I find it very sad that they weren’t allowed to play! To refuse a musician the stage is like taking formula from a fresh baby. How do you expect the talent to grow and flourish if it’s immediately shot down by a bunch of suits, who know nothing of creativity, music and art but everything about the dollar bills not being accumulated. Everyone deserves a chance to try their dream but if they have had more than five chances and still nothing has transpired, I think it’s time to find another dream, not everyone will have the “Anvil” effect.

The film has interviews with the band discussing the album and mostly shot in a studio, from what I pick up they are just a bunch of boys who want to rock out! Yes I know they are super old right now and Iggy really should keep his shirt on these days, nobody wants to see gramps and his saggy nipples but they still have that musical infection you can’t kick. I’m listening to “Search and Destroy” as I try to end this little review. The song reminded me of a moment in the film when Pop was talking about writing lyrics.  He then came the story about the time he overdosed right in the middle of writing a tune for Raw Power, he awoke 40 hours later and finished writing the song as if nothing happened. Talk about a lucky fuck! Most people would not have come back, some people do the dumbest shit yet live to talk about it, he’s blessed! James Williamson the guitarist is truly an artist he would sit in his room and just come up with different riffs night after night, like for the tune “I Need Somebody” which was written in his room. Honestly go watch this film its a great example of making your dreams come true even for the underdog and then come check the show at Dundas Sq. Iggy & The Stooges hit the stage 9:00ish keep it locked on Fridae TV for footage and fotos of the performance. “I never got into this for the fairytale, I just wanted to be a musician.” – IGGY POP 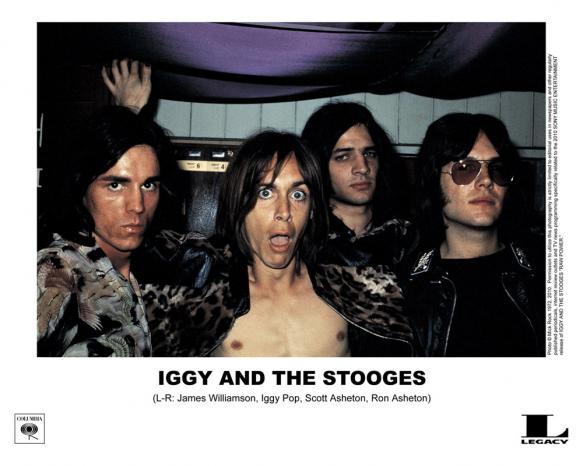