It’s 2012 and the first coverage of the New Year was Sunday January 29th when Collie Buddz came around to Toronto’s Sound Academy. I could not ask for a better artist to set the tone for the new year but was not too thrilled about the venue. During the winter months that area has restricted public transportation and not everyone is willing to trek around in the cold to that obscure corner of the city. Always up for an adventure, to me everyday is a new escapade so of course I trekked it. I don’t like winter but the crazy Canadian weather doesn’t keep me from a good show.

Collie Buddz is a Modern Reggae Dance Hall Artist; born Colin Harper in New Orleans, Louisiana raised in Bermuda. Buddz first appeared on the music scene in 2006 and has been lighting up the charts and Womens hearts since. Harper’s most recent record is The Playback EP available for purchase on his website where you can find more information on Collie and the newest sounds like the fresh “I Feel So Good”.

Last April I saw Collie Buddz live for the first time at the Opera House, it was a scorching show with people being pulled out of the venue on gurneys upon arrival. This time it was a much more relaxed atmosphere with even more people, if this show was in the summer or at a v

enue just down the street there would have been more people guaranteed. It was a good sized crowd when I arrived, the door count was almost at 900 and people seemed to be having an exceptional time.

The show had similar components to last years, more specifically there was no media pit. We were told there would be a pit but it was non existent so once again we were thrown to the Lions but thankfully this crowd was much more understanding. Thank you to the Collie Buddz team, the amazing folks at LiveNation and all the Toronto fans who I came across for being so awesome! I handled it with ease this time but I don’t know about the two photographers from the other media outlets. Once I made my way through the ocean of people to the stage I didn’t see the photographers again that night. I planned to leave the front lines but was trapped in the crowd and a few fans looked like they were going to faint so I didn’t want to be in the direct ring of fire. I actually thought someone did pass out when DJ Peewee handed a bottle of water to a fan. Luckily the person ended up being okay, there was no need for gurneys at this show and despite being trapped again, this time I didn’t have to balance on a speaker for the whole set. 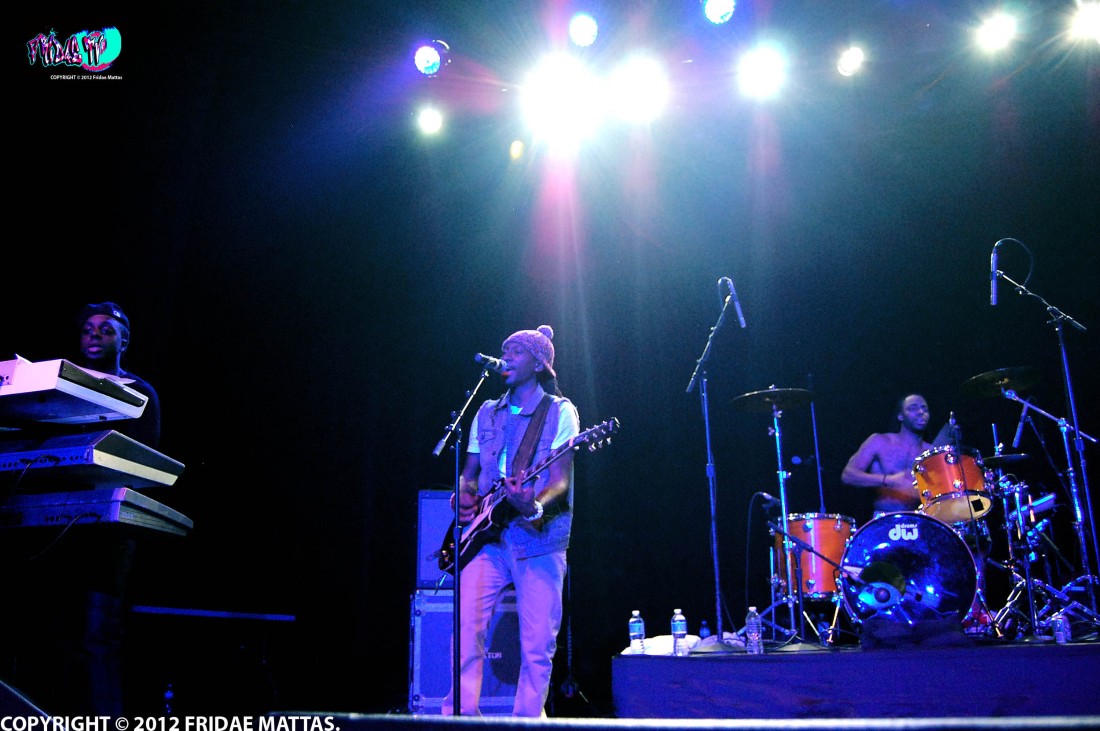 I missed the supporting acts (what else is new) and that really was too bad for me because I wanted to check out the New Kingston Band. The trio consists of two brothers and a family friend, Stephen Suckarie – Lead Vocals/Guitar, Tahir Panton – Keys/Vocals and Courtney M. Panton on the Drums (He is too sick with those sticks). In addition to New Kingston being the opening act they are also Collie’s live band keeping it in the family with the Panton’s Father; Courtney Panton Sr. on the Bass. I definitely need to see New Kingston perform because most of them put on commendable performance as backing musicians, there were a few timing issues but I am sure they are tighter with their own music. Buddz let Suckarie sing a little lead during the set and his voice sounded pretty good but needed a little more push, I think he was surprised and nervous to be put on the spot. As a guitarist he’s actually quite skilled and with a little more practice, he could probably give a few well known Axemasters a run for their money. Tahir on the Keys was boring to watch, he didn’t smile often nor did he change his facial expression. Lacking the enthusiasm, it seemed like he was not enjoying himself at all. 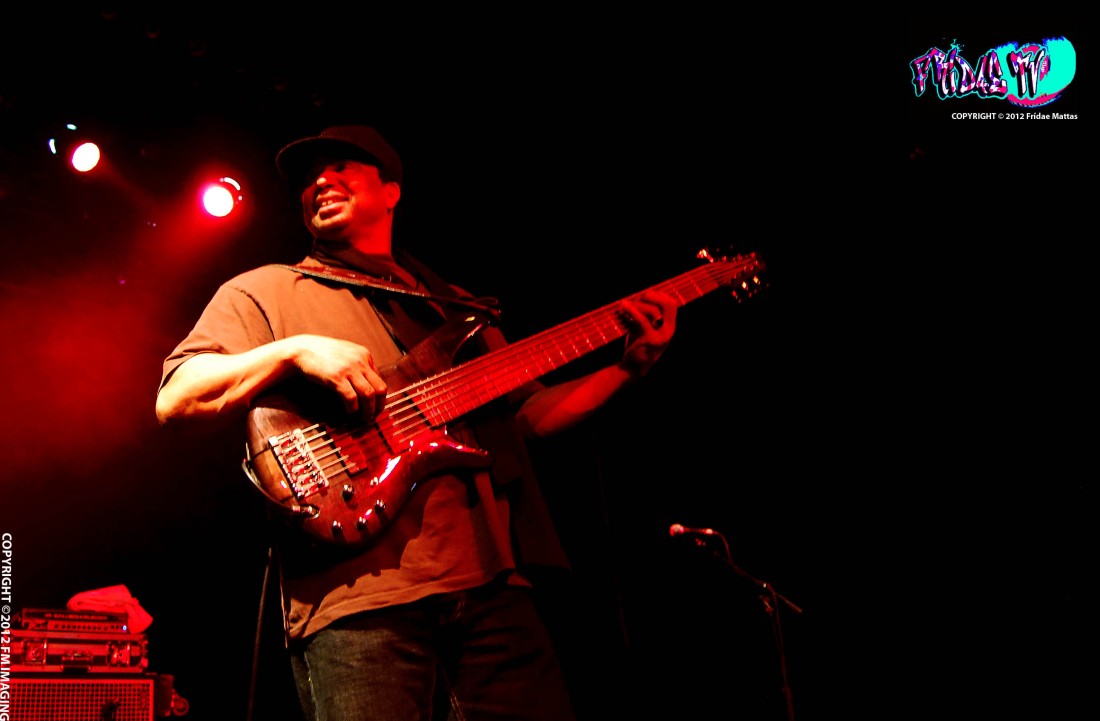 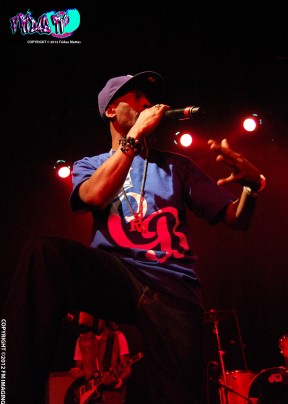 DJ Peewee introduced Buddz to the stage but before Buddz made his appearance, Peewee built the momentum by interacting with the audience like every good Hypeman should. The minute Collie popped out on stage the crowd erupted, he captivated Toronto instantly with his charisma and golden boy grin. Everyone who successfully managed to get their greenery into the building sparked their blunts! I was not surprised at all! A Collie Buddz show would not be complete without various types of herbal essence floating through the air. He should come and perform for the Toronto Freedom Festival, that would definitely be of epic proportions.

It was a simple stage show that felt more like a huge house jam and kept the same vibe throughout the entire performance. Harper banged out most of his hit singles like the track he recorded in Toronto “Come Around” (He didn’t even need to sing, the crowd sang it word for word.), “Sensimillia”, “Tomorrow’s Another Day” and “Mamacita”. Collie is a very unique performer, a Singjay similar to Sean Paul but has a different delivery style. He Raps and Sings with island flavor, has great range and when he needs to bring the vocals to a more solid gritty tone he does so with ease, passion and fervor. You can tell he loves to perform but still seemed a little reserved and shy.

nca (A Choreographer/Dancer) flew out like a fluid stage glider ready to teach some dancing. At the Opera House show it was Collie who broke it down but this time he volunteered Peewee to do the honors for Toronto. Obviously he didn’t have the skill Blacka does but he didn’t do too bad at all. It’s always a good show when the artist and the team make the audience feel like family and at a venue of this size you have the capabilities to do that on a more intimate level than if it were an arena show. Next time I think two fans should be brought on stage and have Blacka teach them a few steps with Peewee and Collie.

I noticed Collie took his sunglasses off more than usual or it could be that I actually had a chance to be more observant because I wasn’t focused on how much face-diving into the crowd would hurt if I lost balance on the speaker. The venue it self has great sound and lighting with such a beautiful space. They even minimized the use of red in the lights alternating between the primary and secondary colours more often.

Among the all male crew in Harper’s stage entourage, there is a female but only one, Lady Alexis. She is Collie’s sultry back up singer and has an incredibly sweet tone in her voice but needs a little more confidence, let it go girl you can sing. When it was her solo she sang an Adele tune dedicated to the females in the audience and sang it very well but I could tell she was nervous. It was more evident during “No Woman No Cry” likely due to the fact she was placed centre stage after Collie gave his respects and reminded the people that Bob Marley will always be the King of Reggae. I would love to hear Lady Alexis’ original material and see what she can do as a soloist because she does have the vocal talent. I finally manged to find a path to escape the front lines when the crowd calmed down for a few seconds before ‘Blind To You’, one of the last songs in the set and a definite crowd favorite. Collie Buddz and his team gave a very entertaining performance, I did not hear one fan complain except outside a few guys were dancing around and one said “I wish the show wasn’t over!” which is a compliment. Next time Collie Buddz come around I want to film a tune, until then you can find more photos of the show on FridaeTV Facebook. If you like quality entertainment from a true artist, you need to experience the Collie Buddz electricity live for yourself.