Burbank, CA – As summer continues to blaze on, sexy R&B starlet Teairra Mari is heating up the internet and mix shows once again with “Body,” the new single from her forthcoming EP, Sincerely Yours, due out August 17 on Fo’ Reel/Warner Bros. Records via iTunes.

Reaction to the “catchy” (NecoleBitchie.com) song has been immediate and responsive:

“Over bouncy snares and 808s, Teairra Mari lets it all go for her well-toned physique. Look but don’t touch!” Vibe.com

The production… includes the clashing of: snares, bass, electro-synth sounds, a sped-up vocal sample, and Mari’s voice…the track does have some catchy appeal and I wouldn’t be surprised if it found its way onto radio airwaves in the near future.” DJBooth.net

“The track which was very much inspired by Beyonce’s ‘Diva’ and Lil Wayne’s ‘A Milli’ was produced by Warren ‘Oak’ Felder…” Rnbmusicblog.com

“Here is a hot catchy track titled ‘Body’ by singer and model, Teairra Mari…This should do well for her.” Musicjuzz.blogspot.com

“Body” is the follow up to “Sponsor,” Teairra’s Top 20 controversial banger that featured Gucci Mane and Soulja Boy. Both songs will be featured on Teairra’s Sincerely Yours EP that will be released by Fo’ Reel/Warner Bros. Records on August 17. The full tracklisting is as follows: 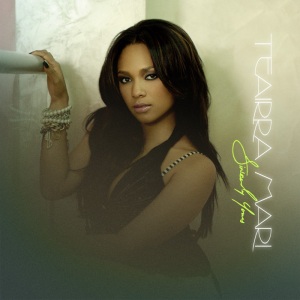 Following hot on the heels of the release of Sincerely Yours, fans will get a chance to see Teairra on the big screen as she joins Ice Cube, Bow Wow, Loretta Devine, Mike Epps, and Charlie Murphy, in the light summer-fun comedy flick The Lottery Ticket.

In the meantime, continue to check for Teairra on the road: