NEW ATTRACTIONS, EXHIBITS, PERFORMER’S SETS FOR
THE 2012 SEASON AT THE CANADIAN NATIONAL EXHIBITION

(Toronto, ON) – The Canadian National Exhibition (CNE) announces new
attractions, exhibits and a wide range of performers for its 2012 line-up in Toronto. Staying true
to the Fair’s roots, the CNE has maintained its long-standing traditions such as the Ambassador
of the Fairs competition and PeeWee Baseball Tournament, which are in their 41st and 56th
years respectively. The CNE is also proud to announce new initiatives and ventures this 2012
season.

MIDWAY
NEW – The CNE Sky Ride – The CNE Sky Ride extends 40 feet above ground at its highest
point. CNE visitors will be elevated into the air and transported across the grounds towards the
historic Princes’ Gates, or alternatively, west towards BMO Field. From this height, Sky Riders
can get a bird’s eye view of the entire CNE grounds as well as a view of Lake Ontario, the
Toronto Islands, the Toronto Skyline, the Wind Turbine and beyond.

NEW – NITRO – Visitors will travel on more than 300 metres of track through twists, turns and
steep drops in specially crafted Italian-made cars.
NEW – Zip Line – Visitors will be elevated, safely harnessed and released to zip back down to
the ground.

Save 31% when you buy tickets online here!
PERFORMERS
Aerial Acrobatics & Ice Skating Show – Tessa Virtue and Scott Moir, Canadian Ice Dancers
and 2012 World Championship Gold Medalists, are featured in the show for the first fifteen days
of the Fair (August 17-31). The duo won Gold for Canada in the 2010 Olympic Games in
Vancouver. For Labour Day weekend, Canadian Olympian Elvis Stojko returns to the CNE for
the final three days of the show.

Bandshell Performers This year has something for everyone at the CNE’s Toronto Star
Bandshell. Joining the superstar line-up will be Big Sugar with Flash Lightnin’, Nick Carter
with Andrew Allen, Boogie Wonder Band, Freddie McGregor, Motown – The Spinners, Don
McLean with Dustin Bentall and Kendel Carson, Trooper with Poor Young Things, Last
Night of the “Canadian” Proms, 3OH!3 with The New Cities, Arkells with The Darcys,
Herman’s Hermits starring Peter Noone, Paul Revere & The Raiders, The Tea Party with
Jordan Cook and Arturo Sandoval.

Illusionist Ted Outerbridge – Performing professionally since 1982, Ted Outerbridge has been
featured in theatres from coast to coast and on both sides of the Atlantic, where he set box
office records with his tours Illusions, Magician Extraordinaire, Magical Moments in Time and
most recently the Time Capsule Tour.
CiRcO LoCo – New to Buskers’ Corner this year are Mexican circus artists Patto and Julie. In
addition to being circus artists, both Patto and Julie are actors and Tango dancers. As well,
Patto is a knife thrower and Julie, a tribal belly dancer.
ExBot – ExBot is the product of 35 years of research in the pioneering field of Technology-to-
People Behavioural Psychology (the study of interrelationships between people and machines).
Visitors may remember him from his role in the movie Rocky-4, and as a member of the cast of
NBC’s Days of Our Lives for an entire season.

EXHIBITS
Battleground CNE! The Military History of the CNE Grounds – The CNE and the land on
which it is situated have played an integral part in Canadian military history. It is the site of The
Battle of York, one of the bloodiest battles of the War of 1812, it is home to both a French and
British fort (Fort Rouille and Stanley Barracks) and host to large military encampments during
the First and Second World Wars. This exhibit will explore the impact war has had on the CNE
Grounds, with a special focus on the War of 1812 which marks its 200th Anniversary in 2012.
The exhibit will also explore the impact of the First and Second World Wars on the grounds.
Rock ‘n Roll Will Never Die! – Celebrating 50 years of The Rolling Stones, The Beatles and
The Beach Boys, this exhibit will showcase photographs, memorabilia and personal items of
these three iconic bands.

KIDS
Fishing Friendzy – Daily at The Farm, this interactive kids’ area encourages children to learn
about fishing, nature, safety and the environment. Featuring a Bait Shop, Fish Aquariums, a
Tackle Box, as well as a broad selection of stations where kids can learn about fish anatomy,
how to cast like a pro, catch a fish, tie knots, water safety and more.

The 2012 Canadian Nation Exhibition is definitely the best way to end the summer! Plenty of fun for all ages I will see you there Toronto!

About the CNE
The Canadian National Exhibition (CNE) is Canada’s largest fair and one of the top 10 fairs in North
America. Founded in 1879, the CNE celebrates its 134th year in 2012, when it takes place from August
17 to September 3. Each year over the course of its late summer 18-day run, the CNE attracts
approximately 1.3 million people. On average, it generates an economic impact of $58.6 million on the
Greater Toronto Area and $80 million on the province of Ontario each year. For the past two consecutive fairs, the CNE has been awarded Eco Logo certification, confirming it as the “greenest” fair in North America, and the most “environmentally friendly” large scale event on the continent. The CNEA Horse Show and Casino open before the fair, on Monday, July 30. HorseCapades opens July 31. 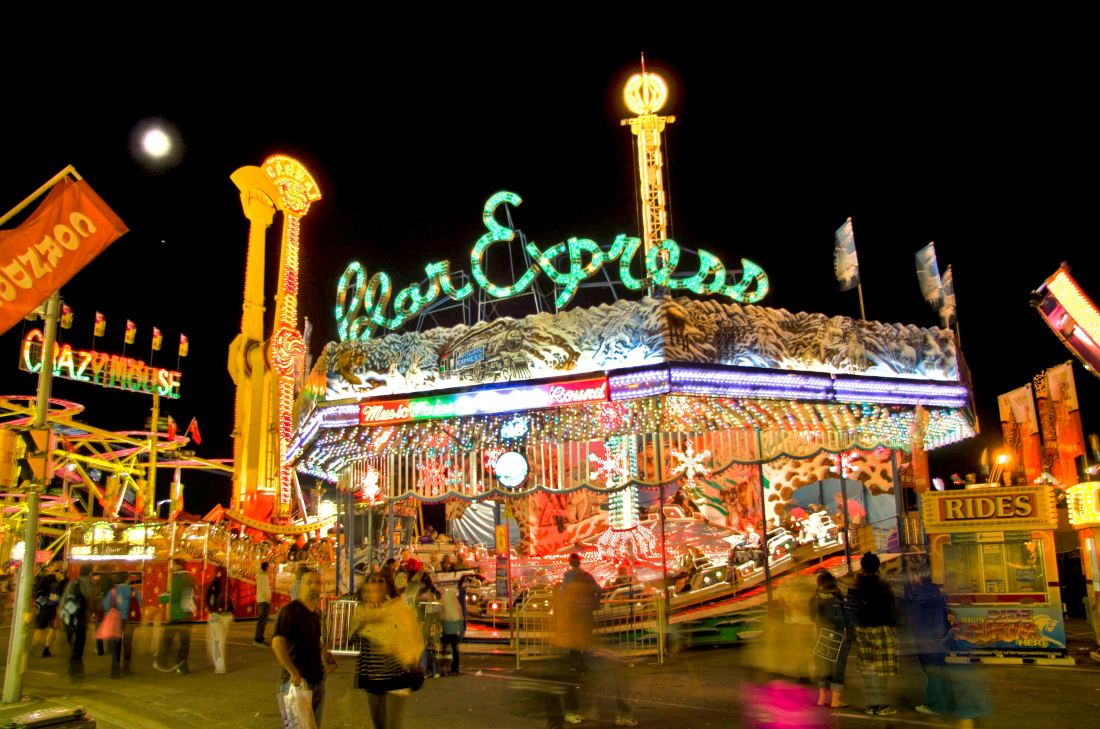