There is a first for everything, this year for me it was covering Anime North a fan run Animation convention that showcases various animation formats, video games, music and Japanese culture. I don’t know anything about Anime or Manga, all I know is Sailor Moon is a Japanese cartoon and I was obsessed with that cartoon along with Wonder Woman, She-Ra, Jem, Rainbow Brite and Strawberry Shortcake when I was a kid. 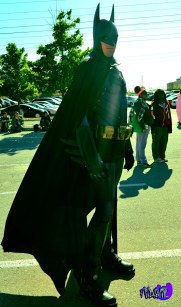 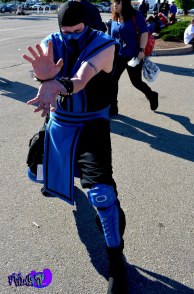 Once I arrived at the hotel to grab the media passes there were hundreds of caricatures everywhere! Took me at least twenty minutes just to get through the doors, it was rammed. Anime North convention goers were dressed up in Anime characters , I saw almost every cartoon or superhero in existence, some even had original costumes. 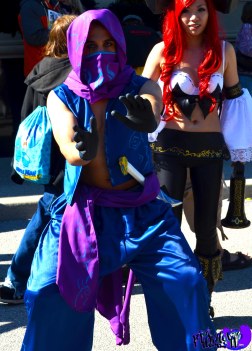 The first thing I noticed about the people at this convention was how accepting and chill everyone was. Absolutely no judgements as they gather dressed up as their favorite character to converse about Anime, buy some cool stuff, learn more about Anime, listen to some Japanese bands and have an overall good time. I did not realize how many things there were to see and do during this three day event, too bad I could only make it to cover some of the festivities on Saturday May 25th.

Due to my limited Anime knowledge  I enlisted my little hombre Marc an Anime North Veteran and avid Anime fan to give us all a break down on Anime North. You can see some of the adventurings in the video below along with commentary from Marc.

I really enjoyed all of the costumes and the whole vibe of the event, I saw so many Sailor Scouts mostly Sailor Moon but no Sailor Mars, what’s with that!? Definitely looking forward to next year so I can explore more of what Anime North has to offer and maybe even get into character myself. Thank you so much to the Anime North media folks, the people who vogued for me and the Fridae TV team! I hope everyone enjoys the photos and video, until next year! Keep on fighting evil by moonlight!