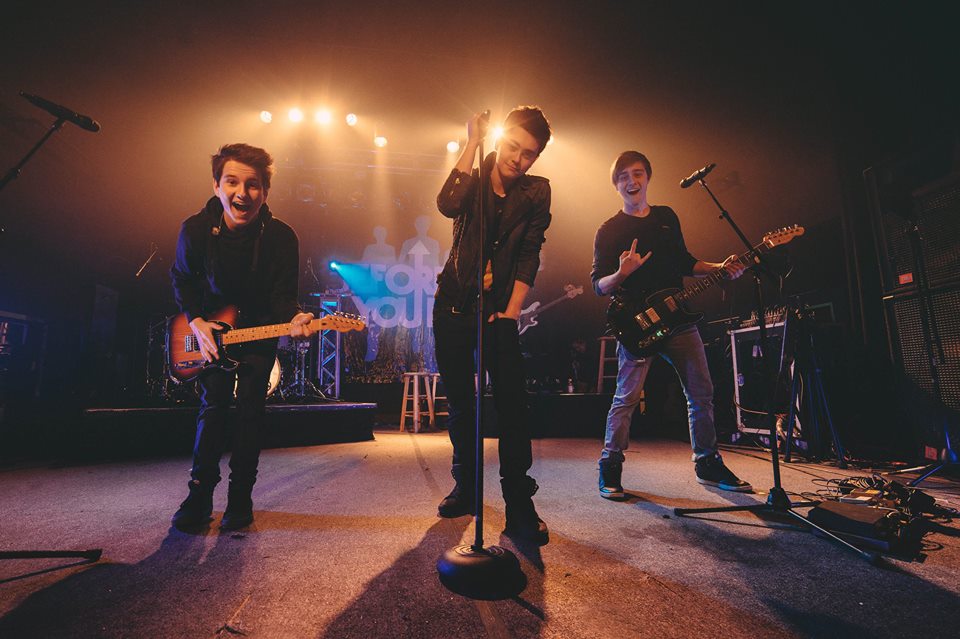 BAND OF THE DAY

With their most recent EP, I Like That, the three brothers have crafted a soaring pop album of uplifting relationship songs that effortlessly blend sharp hooks with bright and buoyant rock. “We were searching for a sound, and wrote with as many people as we could. It helped us grow and write better songs. For this album we wrote 30 to 40 songs and picked our favorites,” Riley McDonough says. The band drew inspiration and wrote songs from sessions with such seasoned vets as Robert Ellis Orall (Taylor Swift), Dan Book and Alexei Misoul (Hot Chelle Rae), Alex Gaskarth (All Time Low), and Stephen Barker Liles (Love and Theft). The album standout and first single, “I Like That”, is a tune with tenderly romantic lyrics and big pop-rock beat. Ryan Daly and Anthony Improgo, along with Connor McDonough, produced the album. “They really listened to what we wanted to do and let us try out our ideas, no matter how crazy,” Connor says laughing. “Because of that, we feel really connected to the way the recording turned out,” Riley adds. The group is even more excited for the release of their brand new music coming soon!

With the I Like That EP, the band has been critically acclaimed by the likes of  MTV, J-14, Seventeen, Radio Disney, Teen, Teen Vogue, Popstar!, Just Jared, just to name a few. The band has also toured/played with high profile acts such as Cody Simpson, Olly Murs, The Wanted, Fifth Harmony, and even the Jonas Brothers.Conjuring up the optimism in the band’s name-inspired by the sentiment “make a difference before you exit”- the band works daily to make their way to the top but they never fail to stop and appreciate what has got them thus far. “There’s no way we’d be anywhere without our incredible fans. They are behind us every step of the way and are a huge piece of this band,” states youngest brother, Toby. In light of the many short lived and fly by night artists, this young, singer/songwriting, brother driven band, is one to be around for a while.

Purchase Before You Exit’s new single, “Dangerous”, on iTunes, here!