Ever year I cover the Toronto Freedom Festival and this year was no different or was it? Saturday May 7th 2011 was completely different! Not a drop of rain to be found, it was absolute sunshine and there were no kids falling out of trees. About 35,000 plus people gathered at Toronto’s Queens Park to protest and speak their minds in regards to legalization of Marijuana. I always  miss the  Global Marijuana March but 20,000 other people made it out to march along the usual route of across Bloor to Yonge down and across to Wellesley ending back at the base Queens Park North. 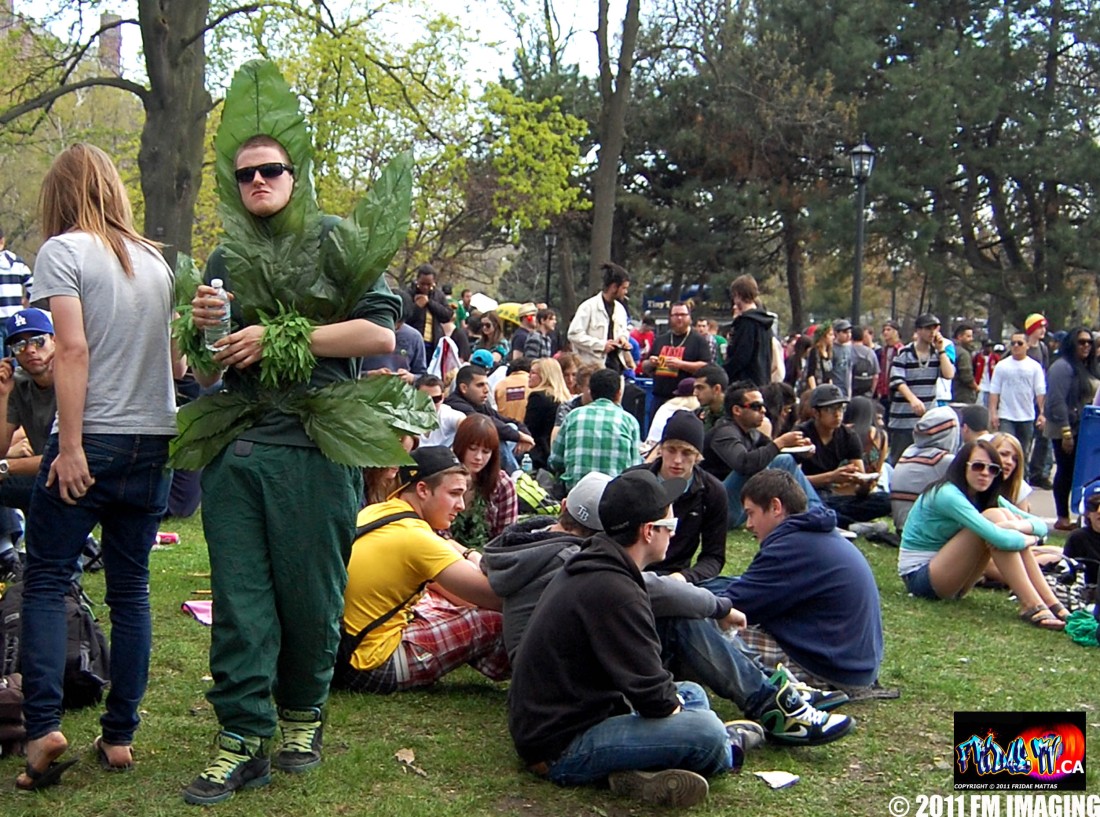 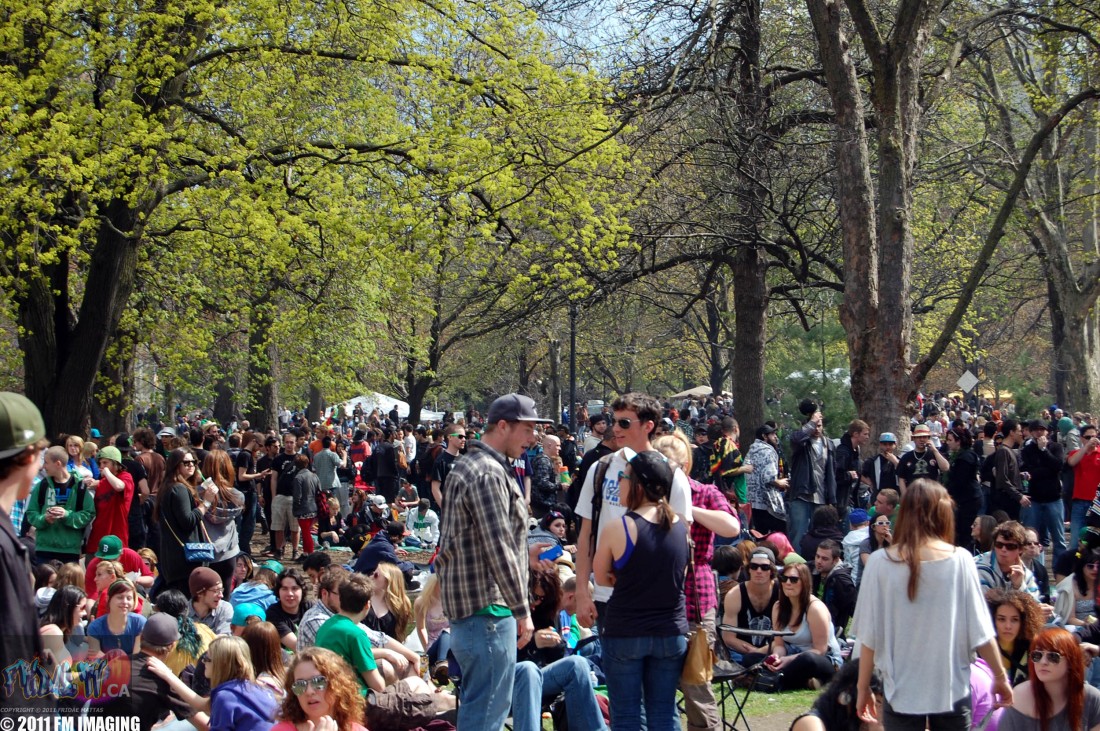 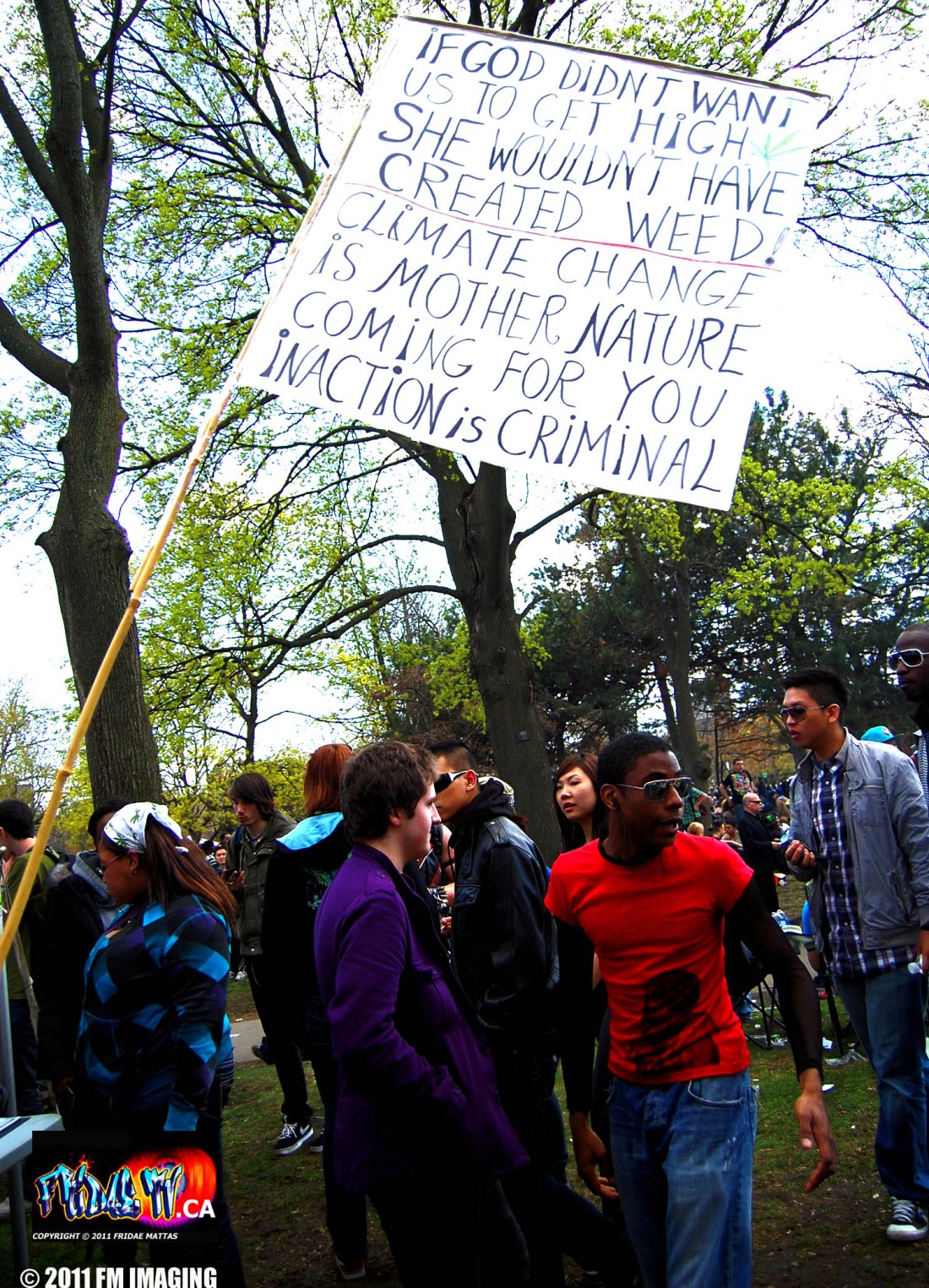 There were smokers everywhere, but not as many police officers

compared to the first year I covered TFF, I am glad because there is no need to have them everywhere, everyone is just chilling, smoking, eating, dancing, singing, drumming and learning but don’t get me wrong they were there but just a little more discreet with their Popo Horses, Bikes, Cars and Motorcycles. What is a festival without music and plenty of it from Rebel Emergency, KO, Daniel Wesley, iLL Scarlett, House of David Gang and DJ Sneak. The band members may seem familiar in every shot, that is because Rebel Emergency played until iLL Scarlett hit the stage but switched singers so it was more like a sneak peek of the Joint Venture show with Rebel Emergency, KO and Daniel Wesley that took place at the MOD club later that evening.  The bands were 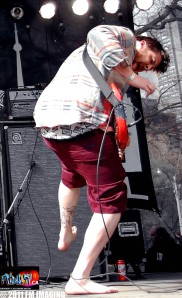 Daniel Wesley didn’t play a full set but Ill Scarlett was on the stage for quite a while. You will be able to find videos of the performances I managed to film very soon, until then enjoy the photos in a slide show at the end of this jibber. I couldn’t stay for the whole festival I did however donate at one of the many donation stations even though I was covering the event because the city needs festivals like these to keep the arts culture alive regardless of the reason which is a very good one, the legalization of Marijuana deserves a chance, it costs a lot of money to put on this one day “Freedom” festival everyone in attendance should donate. It’s not just another day in the park catching a few bands and DJ’s. So many events I had to choose from it was Saturday always a crazy day, if I could I wanted to catch Nikki Sixx signing copies of his new book ‘This Is Gonna Hurt‘ for all the fans that search him every day but we shall discuss that adventure after a few photos from the 2011 Toronto Freedom Festival. 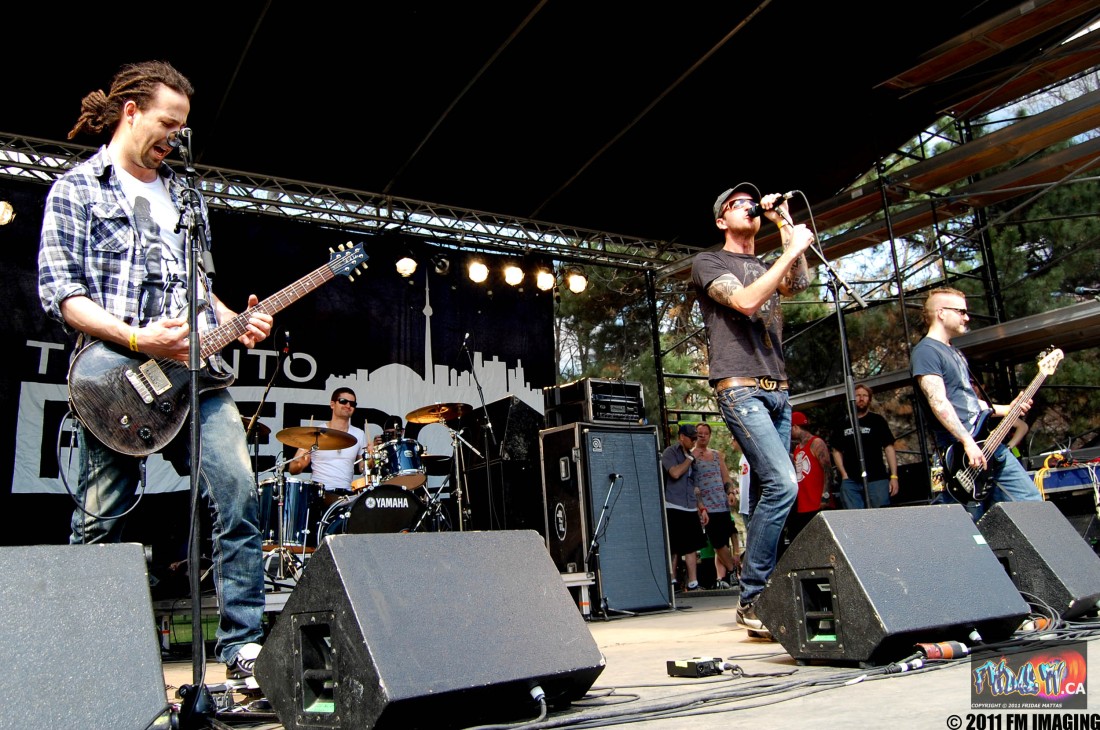 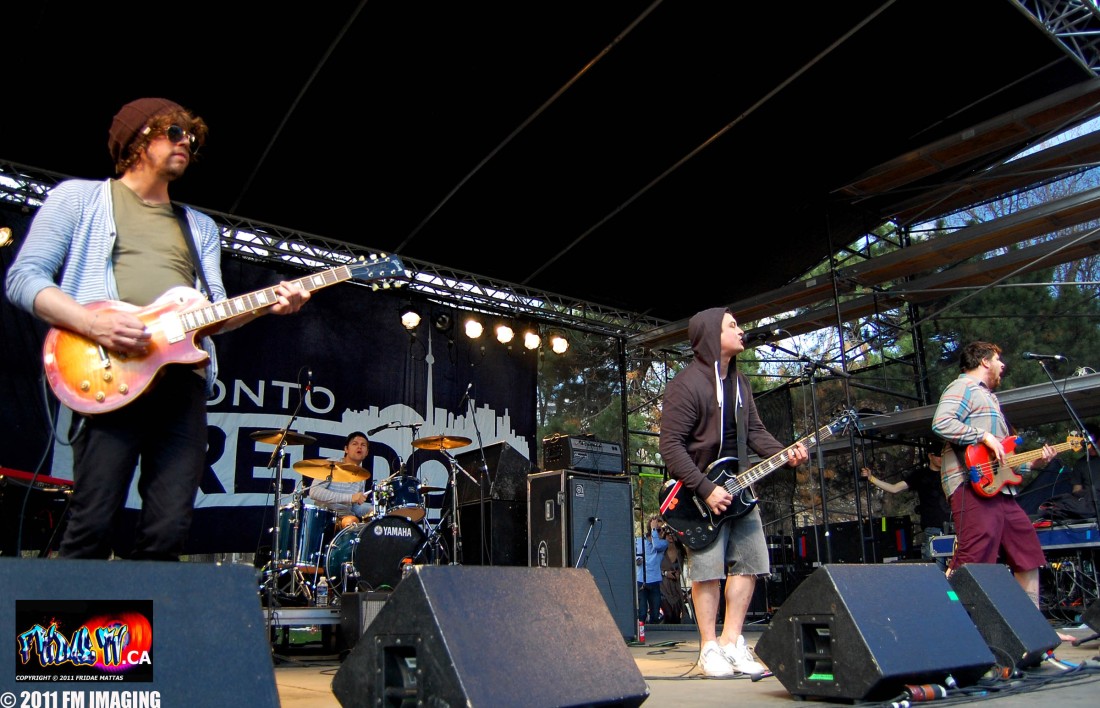 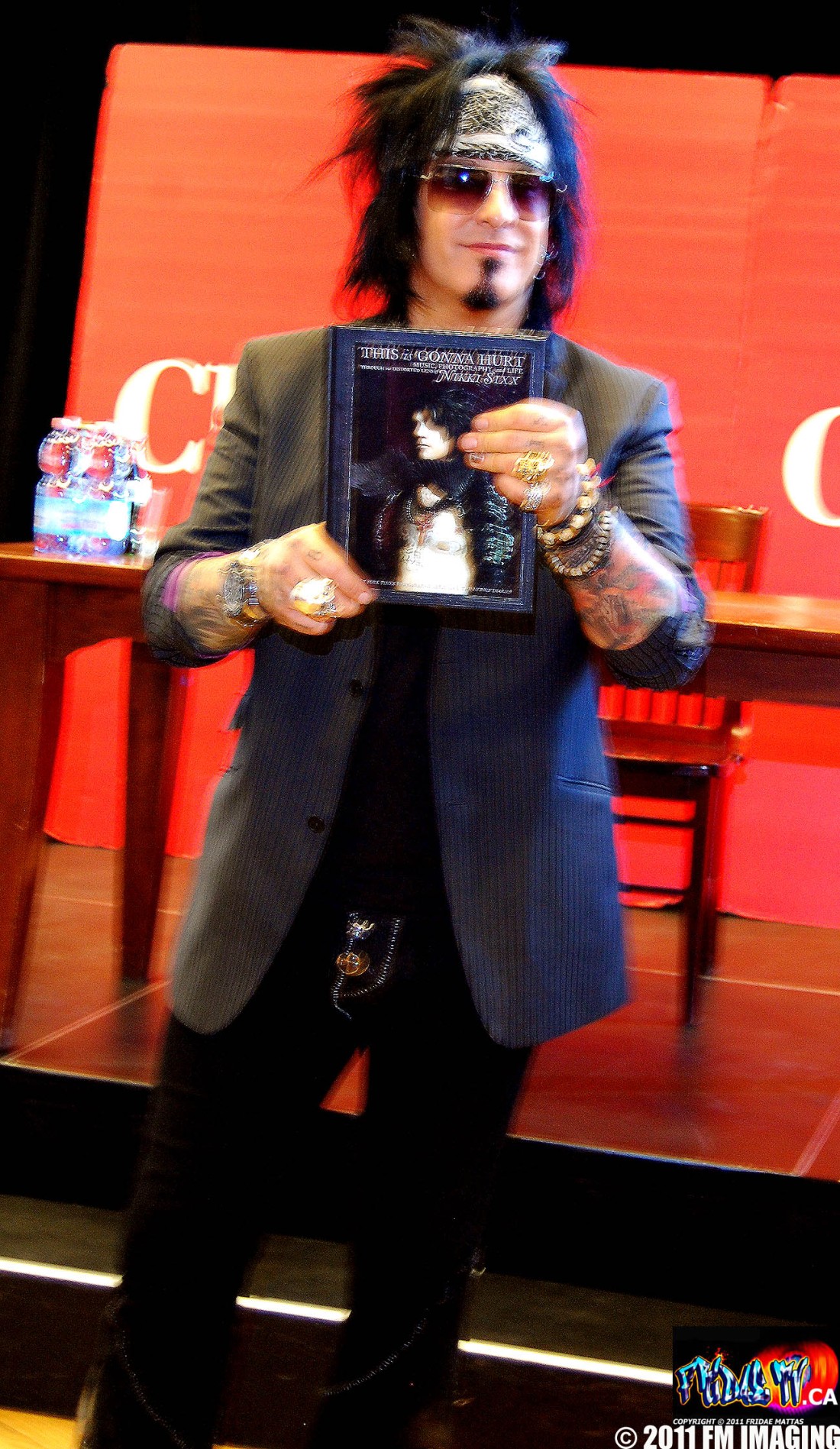 Next stop was Nikki Sixx at the Chapters on John and Richmond, I wasn’t going to go because I thought it would be extremely too chaotic and my issues being in crowds would amplify but I went anyway didn’t think I would make it because it started at 7pm and I was just walking towards the bookstore which was about fifteen blocks away form where I ended up after I migrated from the Toronto Freedom Festival. Lucky for me when I arrived at about 7:20ish he still had yet to pop out and sign, his people were still waiting. I took some shots of everyone, so many people and that is a huge bookstore, you could not get an autograph if you didn’t have the book ‘This Is Gonna Hurt‘ that only makes sense because it is a book tour session not a regular autograph session. I have yet to buy it but I will! Skimming through it for a minute as I wandered around and I have to say as a photographer myself some of the photographs are too amazing! When it comes to photography many people are so technical about it and lose perspective of the art because the hunger for money and material riches blinds the creativity of the photographers eye. You can know every detail of your cameras functions and the lighting techniques but that doesn’t mean you can take a good picture. I have seen photographers with top of the line equipment but the photograph is flat and muted, it’s all about how you see it through your eyes and making that picture speak those thousands of words to everyone else like a photograph is meant to, Sixx is a natural! 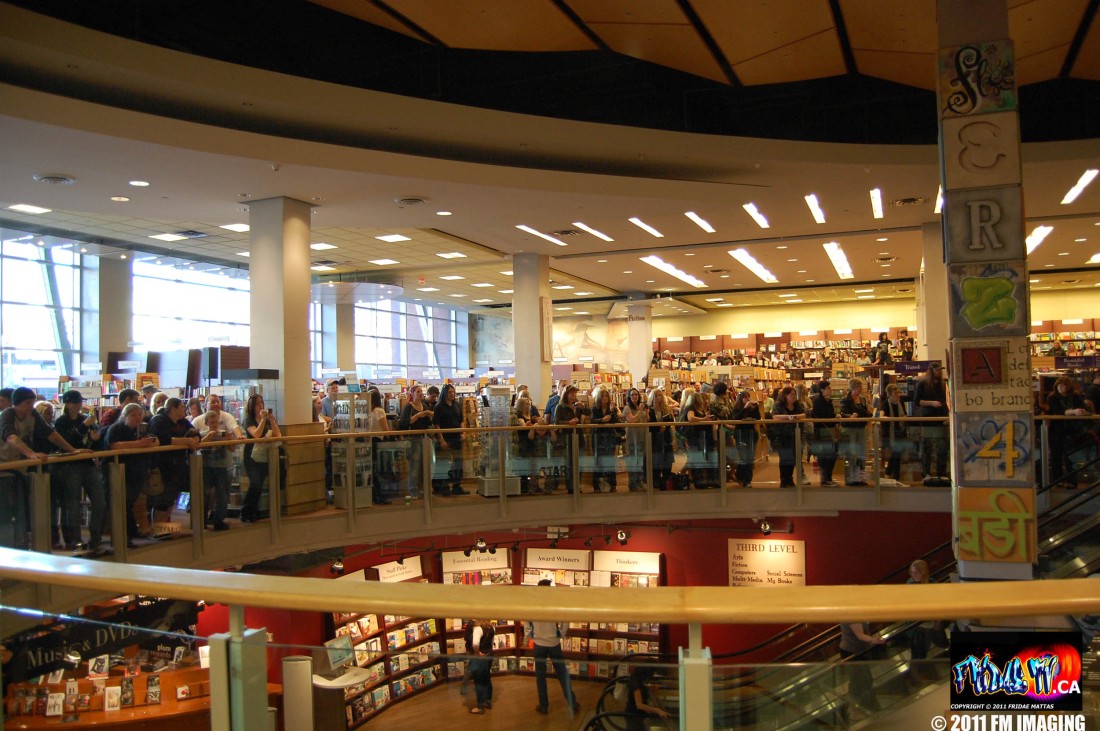 The reason for my delayed purchase, is I don’t have much time to read, the last book I read was

Marilyn Monroe – The Biography By: Donald Spoto that I borrowed from my cousin because she has two copies…Obsessed much? And that book took me over a year to read, that reminds me I should give it back to her and just buy my own. I am too busy filming music, shooting and writing everything including my own books, films and sonatas that will eventually come out when they are ready. The fans were screaming, cheering and yelling his name,  I thought I was fucked for real because there were so many people all of those rows of books in the photographs were filled with people lined up in and around all of the top floor but it didn’t end there more people were downstairs wrapping the whole bottom floor. I did not see a media area and then a super nice security guy asked me if I was media, I’m surprised he didn’t ask me if I worked for Much Music like most of them do and guided me to the media area which was a little corner among the bookshelves. Not that many media people about a handful of us but you can always spot a Stalkerazzo! There he was all unnecessarily aggressive because you could tell those dollar bills in his eyes were gleaming  and totally ruined every single one of my shots! I tried so hard to get a clean photograph you can tell the difference by comparison to my other photographs, this guy was big and large I ducked under him tried to move to the left and the right, his big body and arms were all up in my lens and almost elbowed me in the face and boobs,  I was about to snap, the ghetto girl was shortly to make an appearance my mouth getting ready to start cussing in Greek but I kept my cool. Its a miracle a few shots were decent enough to publish. Huge thanks to Sixx for posing a little longer with book in hand, Shania Twain should have held her book when she did her camera call but she didn’t. Toronto! No worries dry your eye, Nikki Sixx will be back all of you Mötley fans with his Crüe and a few friends June 28th at the Molson Canadian Amphitheater buy tickets HERE.

There you have it my friends, mellow times with The Toronto Freedom Festival and some craziness with Nikki Sixx’s book singing all in a single day before sunset, Toronto always has so much to do and that is why I love my city.

Republishing use of this article or any of its content that includes but is not limited to photographs, written work and filming is strictly prohibited all content is original.

One thought on “TORONTO FREEDOM FESTIVAL 2011 & A LITTLE NIKKI SIXX”