THE BRAMPTON BEAST WERE GIVEN A LITTLE LUCK WHEN JOHNNY B DROPPED THE PUCK!

Monday October 21st 2013 was the last of 3 games, the tie breaker for the opening weekend of the minor pro CHL (Central Hockey League) season. The Brampton Beast were hosting an arena of 2000 plus people and the Arizona Sundogs in a rubber match. Special guest Hockey Legend, Johnny Bower dropped the puck. For those that don’t know who Johnny Bower is, you don’t know your hockey! Like the man in the autograph line who told his son it was Eddie Bower.

Johnny Bower was a goaltender in the NHL for the New York Rangers and Toronto Maple Leafs. Bower was nicknamed the “Wall Of China” for good reason during his time on the Leafs he won 3 consecutive Stanley Cups 1962, 63 and 1964. He still lives to tell his story and Mr. Bower’s 89th Birthday is tomorrow.

Bower’s puck drop must have given the Beast a little bit of magic to annihilate the Arizona Sundogs 4-0. The first period was quiet, no goals by any of the teams but by the 2nd period the Brampton Beast were heating up! First goal was made by Beast number 20 Matt Caruana and assisted by number 16 Tylor Michele.

Second was by number 16 Tylor Michele who upgraded from assist to goal and was helped by number 26 James Vanderveeken (who signed autographs later for the fans.) and number 19 Rob Collins. 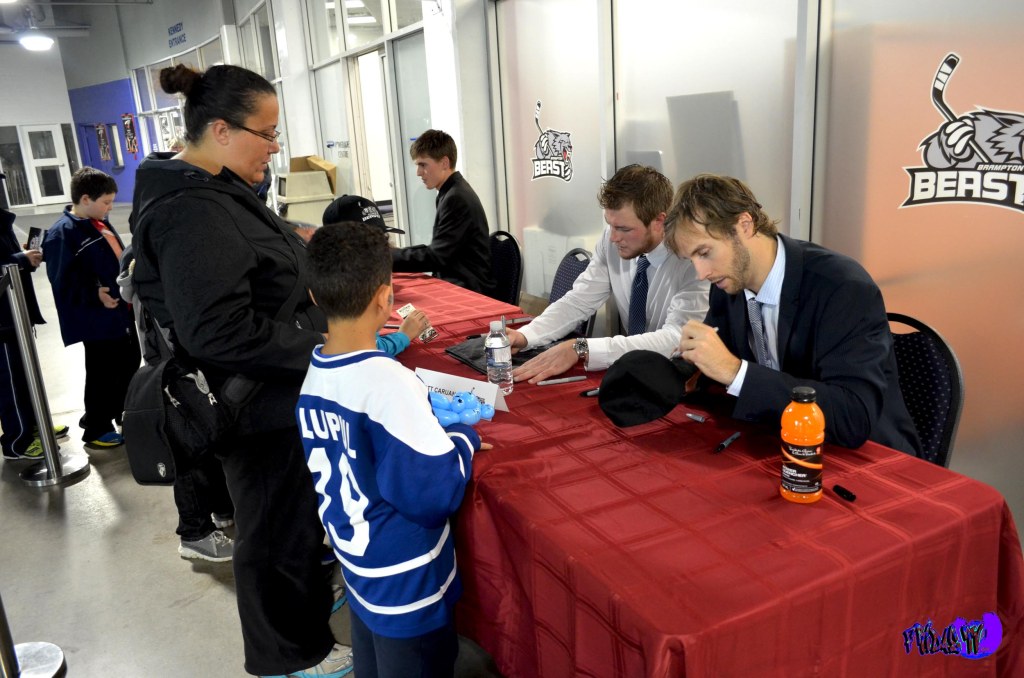 The third goal was by number 18 Josh McQuade and number 12 Erik Spady. The final goal was shot by number 32 Assistant Captain Calin Wild and was assisted by number 19 Rob Collins. 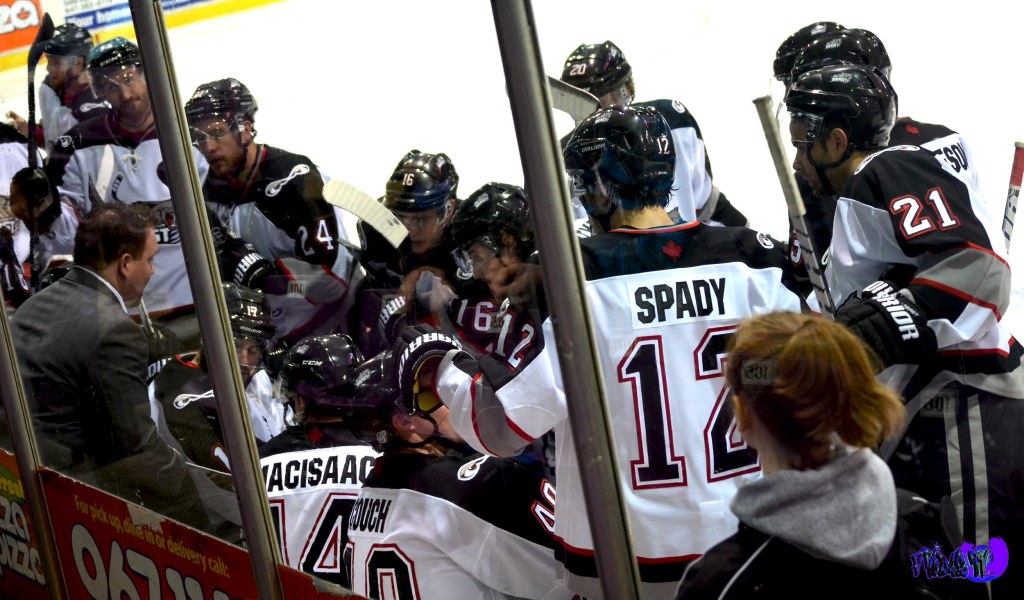 Arizona was not happy about their loss but they did get one win during their time at Brampton’s Powerade Centre.

You can catch the Brampton Beast live in action once again tonight November 7th against the League Champions The Allen Americans, tomorrow November 8th, and Sunday November 11th. Buy your tickets HERE and who knows I may pop by one of the games again, I do need a full interview.